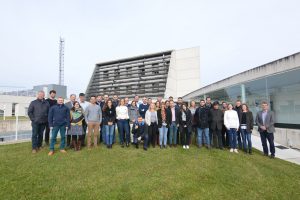 Last November, specialists in the field of biowaste management and conversion into valuable bio-based products gathered together in the headquarters of CENER in the framework of SCALIBUR project. The main aim of this appointment was to discuss around the optimization of the existing urban biowaste collection management schemes and the demonstration of innovative conversion approaches for its conversion into high value-added products.

In the EU over 100 million tonnes of biowaste are thrown away each year. Currently 75% of this biowaste is landfilled or incinerated, causing major environmental problems, since biowaste produces greenhouse gases when it decomposes and contaminates soil and groundwater. Furthermore, landfilling of biowaste is against the principle of a circular economy and is a waste of nutrients, energy and potential resource for biobased products.

For that reason, specialists in the field met together last November 19th and 20th in CENER – National Renewable Energy Centre of Spain headquarters, for discussing around innovative solutions to transform urban food waste and sewage sludge into high value-added products, helping cities to increase their recycling rate and creating new circular economy business opportunities. Different promising routes, such as bioplastics, biopesticides or protein production are being demonstrated at semi-industrial scale. These promising routes to achieve the above mentioned objectives by the use of one or a combination of different technologies, are being developed in the framework of SCALIBUR H2020 project.

Although the project is on its first steps, the main outcomes highlighted during this first year have been related to the identification of the main existing challenges to optimize biowaste collection in the pilot cities (Madrid, Albano and Kozani), the characterization of the three selected biowaste materials (OFMSW – organic fraction of municipal solid waste, HORECA and urban sewage sludge) and the start-up of the assays for the different valorization routes.

In further detail, CENER is leading a workpackage focused on the implementation of biochemical conversion approaches for the OFMSW. Interesting results are being obtained to date in relation to the OFMSW conversion, which once stabilized and homogenized, is valorized using an innovative enzymatic hydrolysis process at high-solid concentration.  Through careful characterization of the OFMSW composition and optimal enzyme selection, the hydrolysate leads to two different fractions. On the one side, a liquid fraction subsequently treated by submerged fermentation to produce diols for the synthesis of bio- based polyesters for packaging, and biopesticides. On the other side, a solid fraction used in solid-state fermentation to produce biopesticides,  as well as for the mixing with sewage sludge to be subsequently used.

The OFMSW enzymatic hydrolysis for the production of an intermediate hydrolysate as well as biopesticides is being carried out in CENER BIO2C. The OFMSW tested by CENER in the framework of SCALIBUR project is being supplied by Las Dehesas (Valdemingomez) waste management plant in Madrid, once received the material is characterized and milled to be subjected to the enzymatic hydrolysis process. During this first year of the project CENER has been working in the characterization and performance testing of different OFMSW batches. Moreover, some enzymatic hydrolysis tests have been carried out to produce sugar enriched hydrolysate to be used in the preliminary fermentation assays.  Furthermore, CENER is working in the optimization of the enzymatic hydrolysis at bench scale. The main results obtained show enzymatic hydrolysis yield results over 85% with the first optimized cocktails. In the first months of 2020, CENER will start optimization of enzymatic hydrolysis and concentration stages at pilot scale. Once the process is optimized, modeled and validated, presumably by Q4 2020, CENER will upscale the trials in its Biochemical Processes Unit using 3000 liter reactors. In parallel, the production of biopesticides from the sugar enriched hydrolysate produced will be carried out in CENER’s BIO2C first at pilot scale, and once optimized, at demo scale.

Since the project is on its early phase, CENER considers these results as very positive, and still envisages room for improvement in the different stages involved in the biochemical conversion of the OFMSW into concentrated sugars and biopesticides. 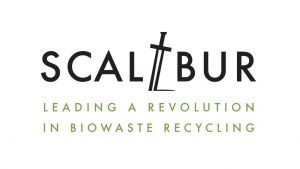